In the summer of 2006, just a month or so before going up to Cambridge for my freshman year, I took a couple of weeks out of my summer break to build Oxbridge Admissions. The site was inspired by an earlier, similar site that had existed for a few years, but had become defunct.

The goal was to help level the playing field for everyone applying to Oxford and Cambridge. For many years, elite boarding schools in the UK and abroad had collected information from their students who applied to the two universities. After coming back from interviews, each student would write a report about the experience. This meant that when a student at those schools decided to apply, they had access to hundreds of written profiles about what to expect and how to prepare. For a young person applying to the venerable universities shrouded in mystery, this was a significant advantage. Unfortunately, those applying from less selective schools, or from schools abroad who rarely if ever sent anyone to Oxbridge, did not have the same advantage. This seemed grossly unfair.

Long story cut short, sitting on the terrace of my parents' house in the Czech Republic, I hastily coded a basic version of the site, and recruited a few friends to help with moderating the submitted profiles. We also put in the work to find the profiles from the earlier site on archive.org and manually copied & pasted many of them into the new site. By August 2006, the primitive site was up and running.

Initially, we had some ambitions to add to and improve the site over time, but those never materialized. During the almost 13 years since the site launched, I probably spent a total of less than a day on updating the code or even maintaining the box it runs on. During that period, it probably took 2-3 hours per year to review and approve newly submitted profiles.

Despite this minuscule effort, the site still ranks #2 to #5 on Google for "Oxbridge Admissions". Over those 13 years, tens of thousands of people have read the profiles. [2] Given that every year, less than 20,000 people apply to either university, that's an amazing number of students who benefited from a more equal footing when applying.

To me, this is just yet another example of the power of product-market fit, even for non-profits: if you get product-market fit right, you can mess up (or not do at all) a lot of other things and still create a lot of value for your users.

[1] Of course, the site looks accordingly — like something that was thrown together quickly in 2006 and not touched since then. Given its ongoing popularity, the site does deserve an update though — I'm working on one that could last for the next 13 years.

[ 2] Dozens end up coming back afterwards to submit a profile of their own.

I've long been curious to learn whether the Swiss healthcare system could work in America, but I've never actually put in the work to understand this. I know that Obamacare was partially inspired by the Swiss model, but I also know it left out some of the key pillars.

So far, I have not done the work to understand how many other things would need to change for the Swiss model to work here — both legislative and cultural. Can the Swiss model co-exist with employer-provided healthcare? High levels of non-compliance? Opaque healthcare markets and lack of transparency in pricing? State vs federal regulation?

I'm going to read more about this topic over the coming weeks. If you have recommendations, I'd love to hear about them — please drop me an email or DM me.

In the meantime, this article by the Foundation for Economic Education seems like an interesting start: Why the Swiss Health Care Model Will Never Work in America.

A month ago, the U.N. Intergovernmental Panel on Climate Change (IPCC) published a new report. Amongst a long list of bad news, the report states that our CO2 emissions "would have to be on an extremely steep downward path by 2030 to either hold the world entirely below 1.5 degrees Celsius, or allow only a brief “overshoot” in temperatures." This is more pessimistic news that many had expected.

Unfortunately, it's not entirely surprising. Three years ago, in Opti-pessi-mistic tweetstorm on climate change, I wrote "It’s a public secret that things are way worse than we think. But scientists can’t say so else they would lose all credibility. Catch 22."

To expand on this point — for a long time, if you were a climate scientist, you needed to walk a fine line. On the one hand, sound alarmist enough to make people care and take this seriously. On the other hand, you couldn't say things that were too pessimistic — for the fear of creating a helpless reaction of "Well, if it's so bad, we can't do anything anyway, so why bother."

I fear that this dynamic caused a significant under-statement of how bad the situation is. I suspect that we're finally getting to the stage when the science cannot be played down any further, and we may see all the bad news start coming out at once. The IPCC report was probably just the first drop.

I don't think that's necessarily a bad thing though. Over the last twenty years, we've proven that if predictions are just moderately bad or we have "a lot of time", we won't do enough to reduce emissions. Most countries, organizations, and individuals need to face the true magnitude of the crisis to change their behavior. So it's good to see reality come out into the open.

This will be an incredibly difficult fight, but there are signs that make me optimistic — both geo-engineering in general, and CO2 capture in particular.

Much has been written [1] about the American healthcare system and why it fails us, especially for those not in the top 10% [2]. I'm by no means an expert, but over the years, I've often come back to a story I heard from someone at a dinner party a few years ago. We'll call him Paul.

Paul's girlfriend, Tina, needed to get a standard panel of blood tests. She found a clinic, went in, and got her tests done. Two weeks later, she received her results, together with a bill for $5,000.

As it turns out, Tina made a mistake and went to an out-of-network clinic. Panicked, she called her insurance company. Unsurprisingly, they weren't very helpful. Despite her pleading, she was told their maximum was $1,500, that her reimbursement check was in the mail, and that's all they could do.

As a last-ditch effort, Tina called the receptionist at the clinic that did her bloodwork. She explained her situation, not expecting much. Without taking a breath, or even passing Tina to accounting, the receptionist immediately offered something unexpected. "If you can pay by credit card right now, we can settle everything for $500."

Shocked, but not willing to risk her good fortune, Tina took the offer and paid over the phone. A few days later, the $1,500 reimbursement check from her insurance provider arrived. Tina cashed the check, and went shopping.

I don't approve of Tina's ethics, but I thought the story explained much about why our healthcare is so expensive. We've created a system where every party is incentivized to use opaqueness and lack of transparency against everyone else.

[1] I'd start with Catastrophic Care by David Goldhill.

[2] One of many convincing charts, this time from OECD.

Over the last few years, I've often wondered about the right heuristic for deciding which hobbies to pursue.

"Enjoyment" or "passion" get thrown around, but I've found it's not that simple. Some hobbies create a lot of joy/pleasure upfront, but that enjoyment doesn't necessarily increase with time (e.g. fine dining [1]). Others aren't necessarily fun when you start learning them, but you can get better for years and years, and the enjoyment keeps increasing, too (e.g. tennis).

Besides, there are only 24 hours in a day.

Two years ago, I came up with a somewhat unusual metric, but I've found myself coming back to it ever since.

The heuristic is pretty simple: "When doing thing __X___, how easily, and how long for, do I forget that I have a smartphone in my pocket/backpack/car?"

[1] I realize many foodies will disagree. I believe they enjoy each meal more as their knowledge increases and palate gets more educated. It just doesn't work that way for me.

Walk into the average pharmacy, especially in the US/UK.

In many cases, the same company produces goods of both types.

This is a bit exaggerated. 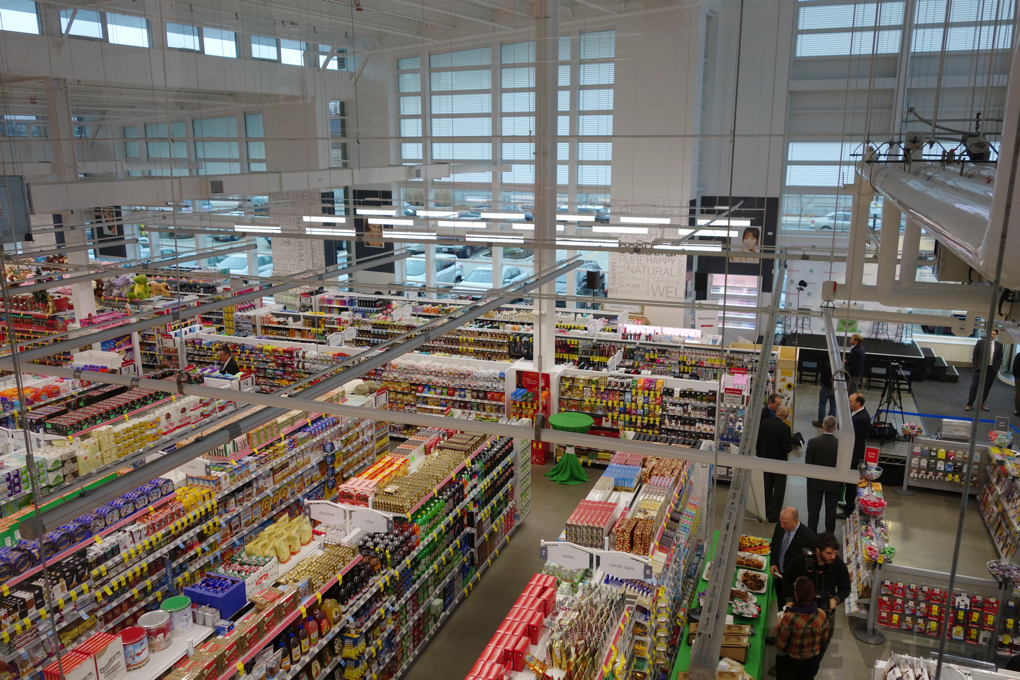 Two and a half years ago, I wrote down my best guess for what will happen regarding climate change:

A month ago, some new data and claims came out on CO2 capture technologies, suggesting that the cost of removing a ton of CO2 could be closer to $100-200, rather than the $600 we had long thought was the minimum cost we could achieve.

$100-$200/ton is still more expensive than what it costs us to reduce our emissions by a ton (~$80). So most people dismissed the new findings as interesting, but not particularly impactful.

They're missing the point though. As Noah Smith articulated in his excellent tweet storm, CO2 Capture gets cheaper with scale, whereas the cost of reducing our emissions gets exponentially more expensive with every ton.

I'm cautiously optimistic about the potential of CO2 Capture — as a research field, and maybe even as an industry.

Occasional notes on what I've learnt. Previously blogged on Medium.